GBJAM5 disclaimer:
A game originally made for Game Boy Jam 5.

It was made under limited conditions, so it's an unfinished game. I also tried to make the game look as much as a Game Boy game as possible, so no advanced effects XD

Whether i get a good feedback or not, updates should be made to the game, like more stages, challenges and mobile input support, still keeping the Gameboy feel. For now, enjoy and thanks for playing!

You control a squid-slug-like character in 4 directions, but with one rule: the background color blends with some objects in scene.

Your character has the power of switching the background color, and then spotting "hidden" objects and obstacles, and in trade losing sight to the previous ones. Switching background colors is essential for a good performance in your adventure.

This is a free-to-play game and donations are not required. But it's much appreciated and sure helps a developer to keep improving projects and creating brand new ones!

You can also support by giving precious feedback or simply spreading the project if you like it.

I think the idea of having to piece together and remember two separate parts of a level is interesting. Even when being able to flip back and forth constantly, you are also forced to maneuver through the level while doing so. The graphics are pretty cute, and serviceable to the game. The music is alright, a little on the repetitive side but not too distracting while playing the game.

Most of the issues I have with the game are to do with the lives system and time limit. In earlier levels, I almost considered the lives system to be useless until checkpoints were introduced. If anything, I would say it might be a better experience for the player to have unlimited lives and simply respawn where you start from or at a checkpoint when you die rather than limiting the number of times you can do that before going back to the level screen (of which you can just go to the level you died on anyways). It would make more sense for future builds if you were to add more levels and such.

But the thing that I didn't really enjoy was the time limit. To me, puzzle games like this don't need time limits. Having a time limit as a bonus is fine, but why punish the player for taking their time to figure out the puzzles on their first attempts? Granted, the time limit isn't completely aggravating, but there were a few times I was close to finishing a level, only to be killed by the timer going down.

Aside from these things, I mean, the game itself is a cool concept and nails that GameBoy feel right on the head. It was just made unnecessarily frustrating in some areas by things that could more or less be directly addressed.

Thank you for the feedback! I'll consider all of that on future updates.

Yeah, that life system makes more sense with more checkpoint stages added, which you'd lose your progress on that stage. And time limit, which is very short for first-time players, as punishing factor indeed isn't a good idea in labyrinth puzzles of this kind. I'm just going to implement a score system that uses that a bonus factor.

I look forward to seeing a future build! 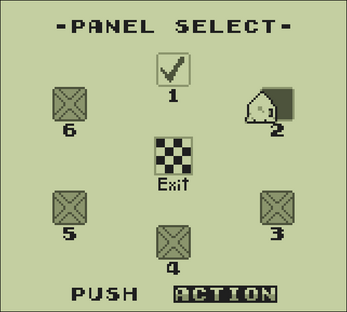 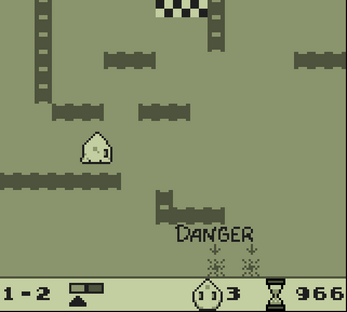 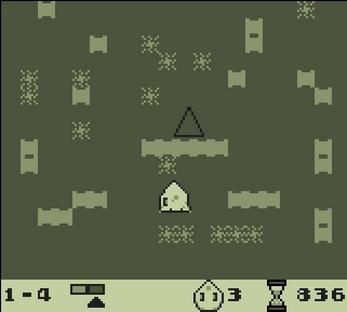